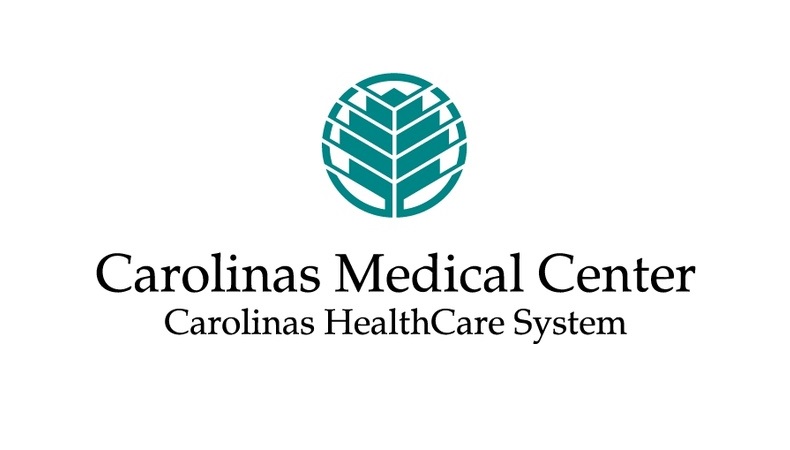 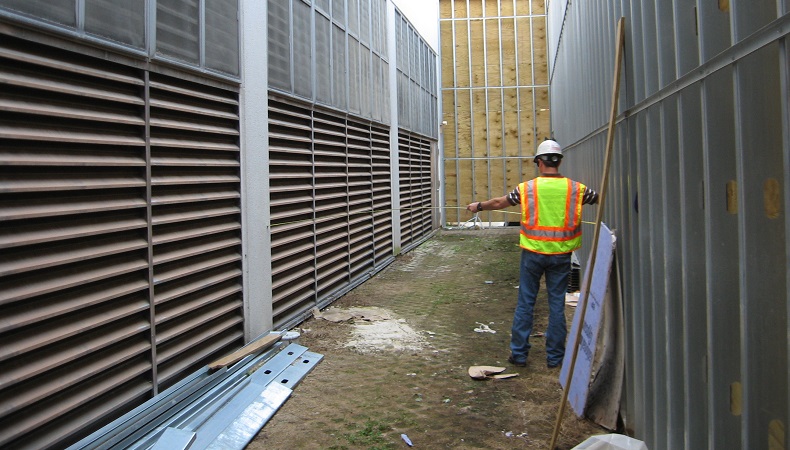 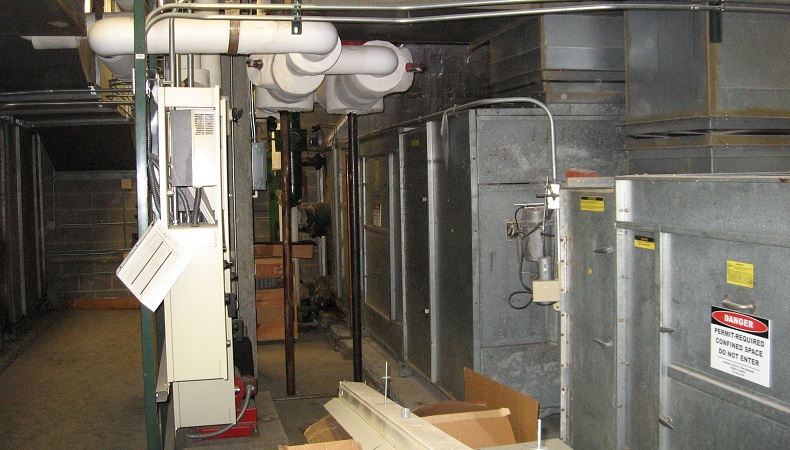 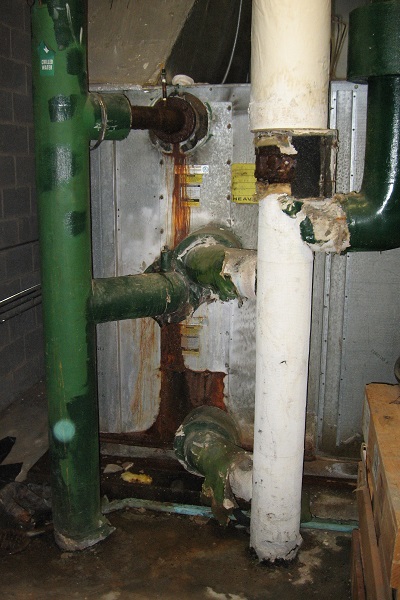 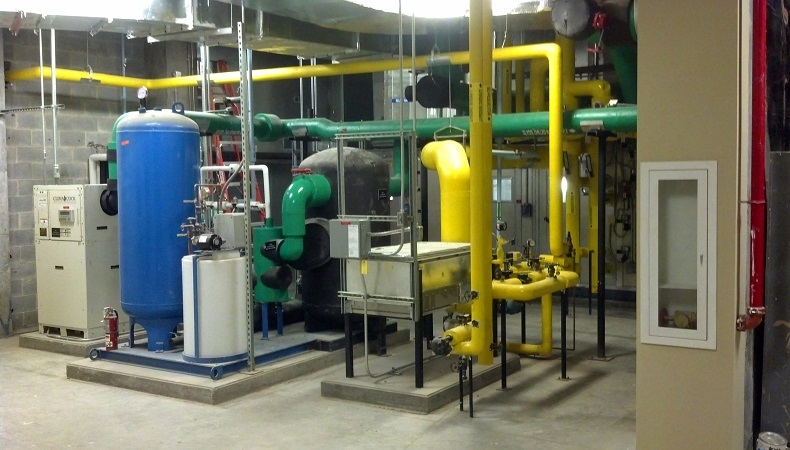 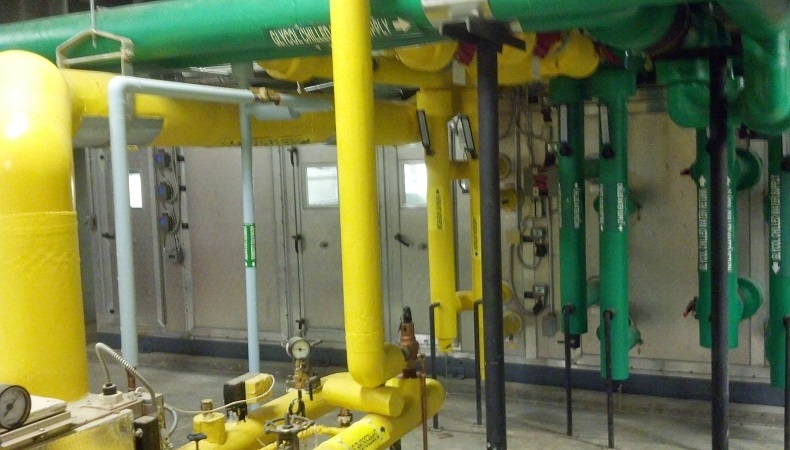 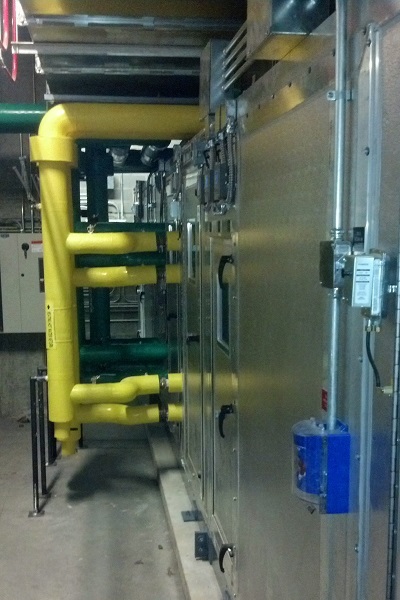 This project consisted of two 48 hour hospital shutdowns in order to replace aging equipment. The project could not effect hospital staff or patients during normal hours, therefore the work was performed over weekend shutdowns. The duration of AHU replacement was restricted due to the critical areas they served including 6 operating rooms, post-surgery, acute care, sterile processing and the pharmacy.

2. Temporary portable cooling units were used to condition the pharmacy and sterile processing during shut down.

3. Existing air handlers were located in a basement with restricted access, requiring careful planning of rigging the unit sections with a 350 ton crane so they could be moved into the building.

4. 48 hour time frame give from beginning of demolition to completion of the new air handling unit including inspections, electrical, controls, piping and testing.

New supply and return air ductwork, chilled and heating water piping and electrical and all controls were connected over the 29 hours. Clean up, filter installation, UV light installation and testing began at the end of this period

Within the last 3 hours, the local inspections department, including county and fire marshal inspectors completed inspections

Careful coordination and extensive up front planning made this another successful shutdown replacement project.